The golden tones of Ronnie Booth’s voice filled the auditorium:

“And then one day we’ll cross that river;
We’ll fight life’s final war with pain.”

And then Michael and Paul chimed in,

“And then as death, gives way to victory
I’ll see the lights of glory and I’ll know he reigns!”

I sat there thinking of my 86-year-old friend, Dick, who is lying in a hospice in St. Paul dying of cancer.  He’s about to cross that river.  He’s fighting life’s final war with pain.  But oh the thought that the moment the old shell of his body dies he will see the lights of glory and understand in a whole new way that Jesus Christ reigns even now!  And the song ministered to my spirit, lifting me above the circumstances of my life and the lives of those I love who are hurting.

But I wasn’t alone in that experience. 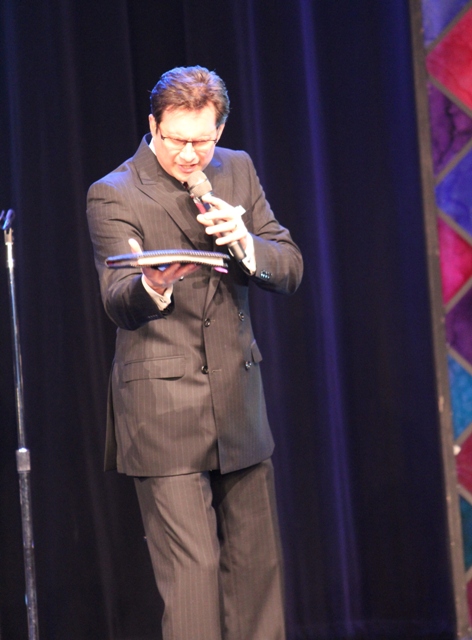 There were 830 people in that auditorium.  Often we never hear about what God has done in the hearts of those who attend, but this night we got to peek behind the curtain, as it were, and heard a few stories of the work God did in hearts that night.  Check it out:

A lady who has helped us promote many concerts through her church walked up to me during intermission the night of our Booth Brothers concert and re-introduced herself to me.  And then she said, “My husband has just been diagnosed with stage 4 lung cancer, but it’s spread everywhere.  He’s in pain, but he’s here.  This may be the last time we attend a Booth Brothers concert together.  There are a lot of tears flowing tonight, but it’s been very good!”

A woman walked up to Ronnie Booth and 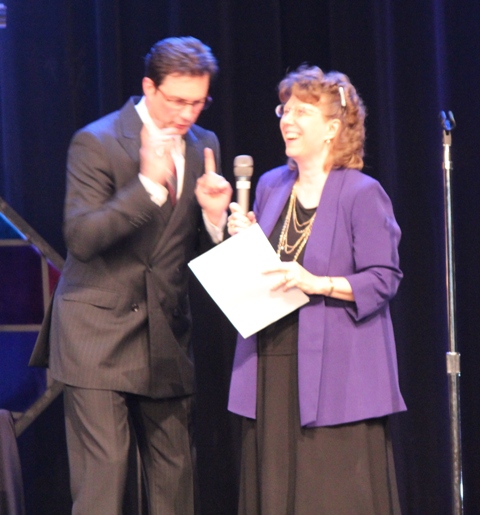 handed him a beautiful handmade bookmark with beads woven in that read, “Redeemed.”  Ronnie said that a loved one of hers had made it and had recently passed away and she wanted Ronnie to have it.

A man attended the concert that night who had experienced the loss of his twin brother through suicide just a year ago.  He shared with Michael and me and a number of other folks how God had worked in his life that night as the guys sang, and later he wrote on Facebook,

I sat in the back row of a Booth Brothers concert tonight with tears just streaming down my face and — for I think the first time in the last year — missed my brother without any anger. Praise God for his healing and peace. 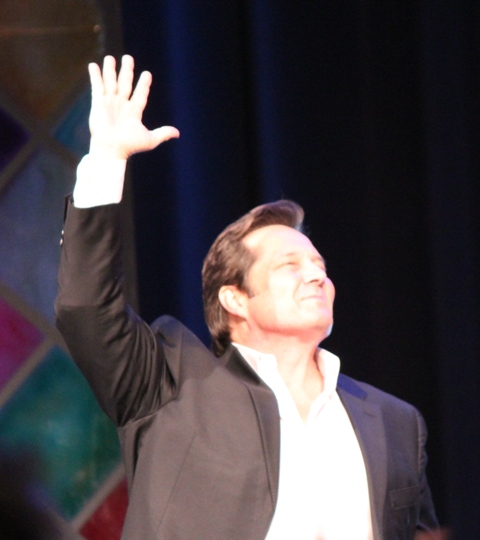 We even learned of a couple that came that night who, between the beginning of the concert and the intermission, received word that their niece had succumbed to cancer and was gone.  We trust they, too, were ministered to that evening as The Booth Brothers sang of trials, tears, death and victory through Jesus Christ.

When we say, “It’s not just music, it’s ministry,” this is what we mean. It’s God taking the gifts and talents of a few artists and their team, our ministry, and a large number of volunteers willing to donate their time, to effect change, healing and a forward look in the lives of His people — and also, often, to convict and draw to Himself those who need a personal relationship with Jesus Christ.  This is what makes the many hours of work and preparation for these concerts so worth it!  Our God is transforming His people into the likeness of His Son (II Cor. 3:18; Rom. 8:29) and 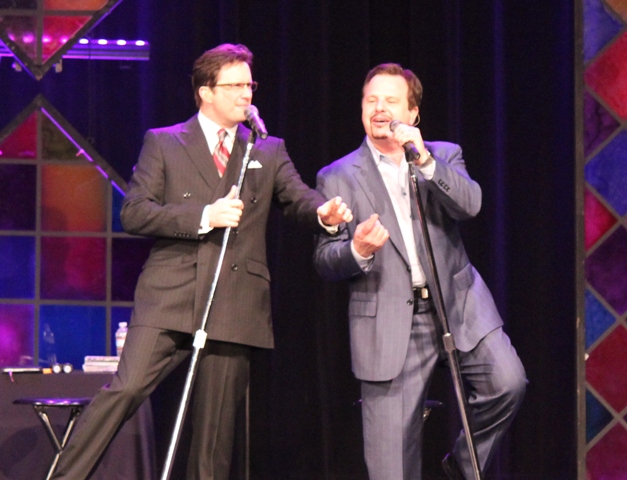 ministering to wounded hearts and minds through music and the ministry of the Word.

I introduced The Booth Brothers, this year, with a quote from Michael that is extremely apropos after what we discovered.  At an awards ceremony a couple of years ago he said, “God is not affected by our limitations. I believe He uses them in ways that we can’t imagine. So, I just want to tell God thank you for limiting me so that I know anything that is effective has come from Him and I can give Him the glory for it and have confidence in Him alone.“ 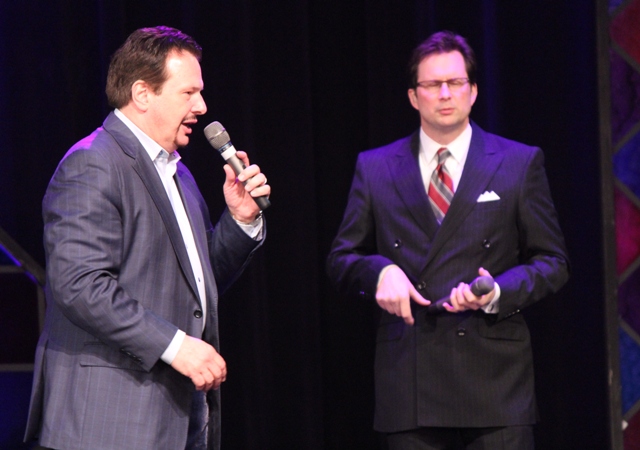 so that God could use them in the lives of people in that concert.  These stories I’ve shared are only a handful of the people who were there.  Who knows how many more people walked out with lighter hearts, with peace where there had been pain?  Truly, what a blessing!

There are some memorable moments from the concert and we’ll share them with you through these photos.  If you were there, maybe they’ll bring back some fun or poignant memories.  If you weren’t with us, 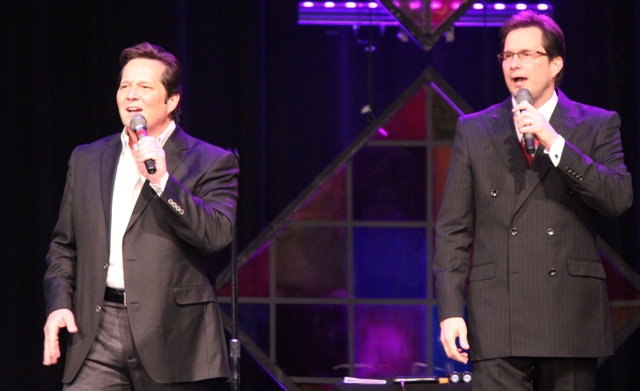 perhaps you’ll get a glimpse of the fun and the blessing of the evening and then we hope you’ll be free to join us for the next one!

The Booth Brothers told us they want to come back, yet again (!), and the response of the audience was overwhelming — twice — as Ronnie and Michael each mentioned it.  So we’re working on our Booth Brothers concert for 2018!  Stay tuned! 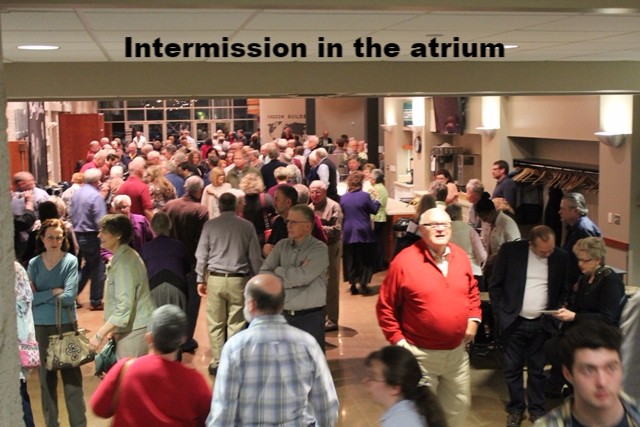 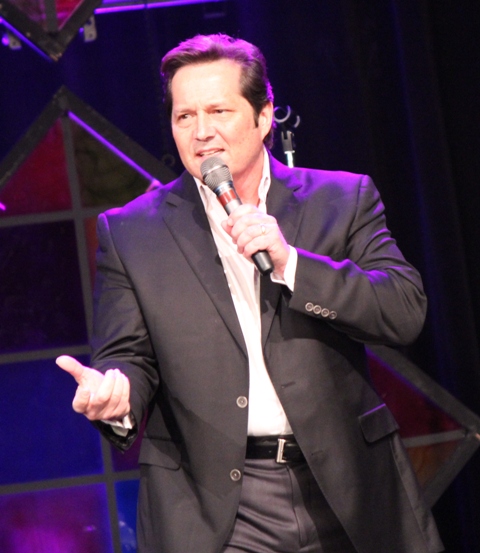 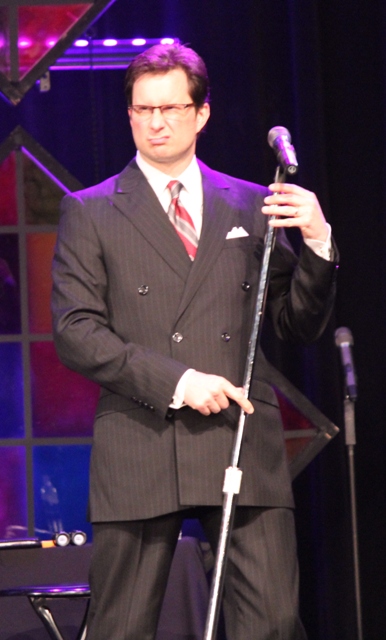 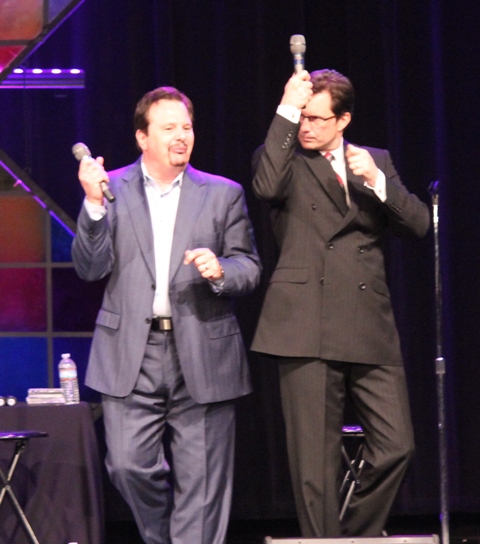 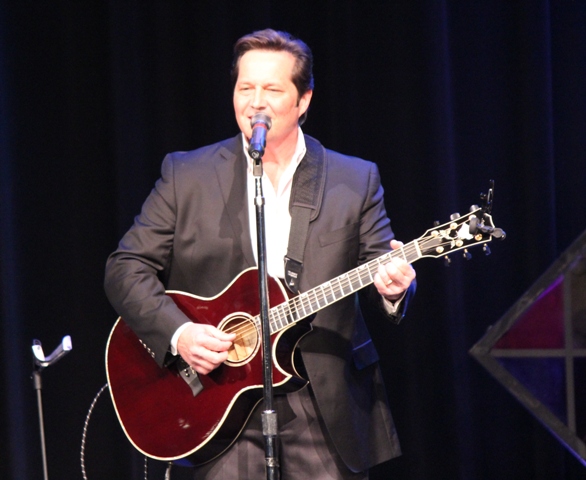 More in this category:« Guy Penrod Was a Hit AGAIN!Tribute Quartet Celebrates Christmas with SoGo Fans in Minnesota. Get Your Tickets NOW. »