Sign Up for the Music for the Master Newsletter!

ABOUT MUSIC FOR THE MASTER 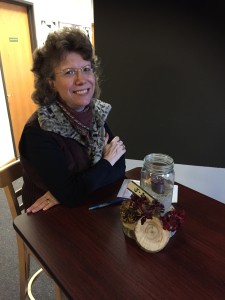 My girlfriend, Patte, told me you’d want to know the story of how this concert became a reality, but she also said to keep it concise. In order to do that, I’m unfortunately going to have to leave out large portions of the story. But if you’re really interested in the details, you can find me and ask about them!

The story begins in December 2009 when, on a dark, cold winter night just before Christmas I sat at my computer. I didn’t know it, but my spirit had been severely wounded over time. I didn’t feel particularly morose. I knew communication with my Father was good. What I didn’t realize was that the weight of the incessant stream of negative reports filtering through my life on a number of levels had whittled away at my joy. That night I “tripped” onto a video of The Gaither Vocal Band, at their Australia Homecoming, singing their opening number, “I’m Gonna Sing!”  The joy in the words of that song – and on the face of one of the singers, in particular — worked a miracle in my soul. That singer was Guy Penrod. Oh how I wish I had room to tell you about the miracle!  But Patte said, “Be concise,” so we’ll move on!

About nine months later I got a bee in my bonnet: As I looked at Guy’s tour schedule, it seemed that his concerts were always many hours away from Minnesota. And rather than simply flying to one of his concerts, I began investigating what it would take to bring Guy here. Initially I held an in-depth conversation with a well-known Twin Cities event planner I knew. My hope was that he would be willing to work with me on the concert, and provide the financial backing. But in the course of our conversation he told me that he didn’t have the resources to do so. He did, however, spend a good 45 minutes on the phone with me explaining all that was involved in pulling together an event of this magnitude. As our chat ended, the enormity of such an endeavor overwhelmed me and I thought, “I can’t do that!”

That was my first lesson.  It was as if my Father breathed a sigh of relief and said, “Good! Now that we have that taken care of, let’s get to work!”

That night I received an email from an event planner in Virginia I’d met through a Gaither social network. She told me how God had done a marvelous work to bring her to salvation specifically through the ministry of a southern gospel musician. (Insert large, amazing story gap here.)  It wasn’t until the next morning during my quiet time that it hit me: “God is telling me that He does mighty things through music concerts like this!”  Right there I bowed my head and told the Lord, “I don’t have the money; I don’t know what I’m doing, but if you want me to do this, here I am. You’re the one who owns all the cattle. You’ll need to sell some to make this happen.”

I began contacting churches, event planners, and people who knew people. No one wanted to help me. Calls went unreturned, emails received no replies and friends – by and large – thought I was going through a phase. They’d pat me on the back and send me away, undoubtedly thinking, “This, too, shall pass.” In the midst of the process I found scattered people who were enthused at the prospect of having Guy come to Minnesota and so I formed a distribution list of prayer warriors. And, I enlisted the help of another prayer group I participate in.

Then one day I got an email back from a prayer warrior – a Local Ministry Director for one of the radio stations in the Twin Cities. He gave me the name of a lady who had actually almost booked Guy once as an opening act for another concert. “You need to talk to her,” he said.

God brought us together – Alice and I — and things began to move. Slowly. Alice chose to be more of a mentor for me than to take this concert on as a project of her own.  She would be the liaison with Guy’s agent and I would contact the venues.

As I look back over the last year and a half, we have had a lot of false starts and stops. We’ve seen doors open up, and people encourage us in our effort.  We’ve gained prayer supporters and watched God answer prayer. We’ve struggled with raising the initial money to get the whole process started, but God brought it in. The Lord spoke to my heart on a number of occasions directly because of this concert, and I’ve grown tremendously. We even formed a non-profit entity – Music for the Master. And, in the middle of it all, God provided me with a cruise to Alaska (a dream of mine for decades!) last summer.  Guy and his wife, Angie, were on that cruise and I had the opportunity to meet them and spend a little time with them. I also attended one of Guy’s concerts in Denver last fall. (The stories I could tell you about God’s faithfulness in these two trips – but, I’m being concise!)

And, we’ve had disappointments: Organizations that at first appeared as an oasis in the desert to provide us with needed backing fell through. Venues that initially sounded excited to host an event, but later backed out or otherwise were deemed unsuitable. At times it totally felt like we were fighting with principalities and powers in high places, but prayer sustained us. There are stories galore here, but – you know it – I’m being concise!

Finally, the day arrived: December 16, 2011. That is the day I signed and mailed Guy’s contract. I sent out an email to our prayer group that night that read, “He’s really coming!” But the two weeks leading up to that email were excruciating.

I received Guy’s contract in-hand on December 2nd and had 10 business days to get it signed and returned to Guy’s agent.  On the evening of the 7th day I got a call from my venue contact explaining that the venue was backing out. You can’t imagine the shock to my system.  I said, “Father, if I knew what you wanted me to do I would do it!”

The next morning, coached by Alice, I began feverishly calling churches in the Twin Cities. I also contacted Benson Great Hall, and obviously that is the venue God had in mind.  As I signed the contract with Benson, I promised that within 30 days we would send in our deposit – an amount that was appreciably more than the entire cost of the venue we’d just lost.  I’d sent off 2/3 of the money we had in our account to Guy. Even so, I didn’t flinch when I promised our Benson contact, “We’ll have that to you by January 20th!”  As I hung up the phone and realized what I’d promised, I sat in shock.  “Who are you?” I asked myself. “Did you hear what you just told him?”

I had no idea where the money would come from, but after all I’d been through for a year and all I’d seen God do, I just trusted Him to faithfully provide.  As I told one friend, “If Jesus wants the concert at Benson Great Hall – and He very obviously does – then He has to pay for it.”

It was the Wednesday before Christmas when I went to my mailbox after work and found a $500 check made out to The Guy Penrod Concert Fund.  I was in tears at God’s faithfulness.  The giver just said, “When I sat down to write the check that was the amount I felt I was supposed to give.”  Now I was more convinced than ever that God had this thing well-in-hand.  We didn’t have, yet, what we needed to pay the concert hall, but I was just waiting to see what God would do next.

It was the first week of January when the $3,000 check arrived in my mailbox.  Not only enough to finish paying the deposit to Benson Great Hall, but enough to order and pay for all the marketing materials necessary to get the word out to the entire Twin Cities metro area!  And so, the deposit was paid, the ticketing was initiated, the marketing materials were purchased and distributed, and here you sit today.

How much is a head of cattle worth, anyway?  Well, He sold some!

So you see, God is the actual sponsor of this concert in a very particular way.  And because of the many things I’ve watched God do over close to two years in preparation for it, I know that God plans to do mighty things through it. If you are sitting in your seat at the concert hall on May 20, 2012, then I have prayed for you. I’ve prayed that every seat would be filled and that every heart would be edified, exhorted and encouraged.  And, I’ve prayed that those who don’t yet know the saving love of Jesus would come to know it at this concert.  I can’t help but believe that God is working out a marvelous plan through not just this day and this hour – but through all of those preceding it that you’ve read about today.

The words to the song that God used to touch my heart in December 2009 fit so aptly here:

I’m gonna sing just as long as it takes for a song to make sad, heavy spirits free
I’m gonna keep making music that carries the secret that Jesus is liberty
I’m gonna turn off the sounds that would drag people down to the pit of despondency
With a sweet, happy tune, “He is coming soon for His children like you and me!”

May God minister to your heart through His servant during this concert.